What Pheromones Really Reveal About Your Love Life 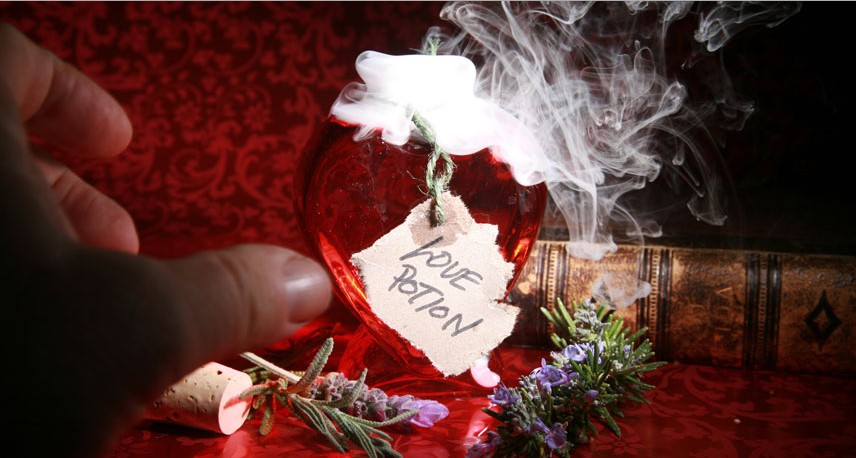 Pheromones are substances social animals secrete to communicate with and attract other members of their species. After decades of research on human pheromones and love, scientists now suggest that a combination of chemicals emitted from our bodies subliminally influence our attraction and fertility. Other research suggests pheromones may regulate people’s moods, providing an indirect route to sexual attraction. The effects of human pheromones on your love life is less dramatic than in animals, possibly because human responses to odors are unique and influenced by other sensory inputs including sight and sound, past experiences and context.

Research on human pheromones and love has largely focused on areas of the body that already omit noticeable odors, including our gland-filled armpits. What element of sweat, or any scent we emit that’s picked up by others, that creates attraction remains unclear.
Scientists know humans appear to produce unique smells via the major histocompatibility complex (MHC), a collection of proteins that regulate the immune system and possibly influence our mate choice. According to the MHC theory, you sub-consciously sniff out a mate whose immune system is optimally different from your own. This would make the immune system of your offspring stronger and better able to fight more pathogens.

Scientific studies with sweat have explored the strongest isolated candidate so far for a human pheromone. Androstadienone is a pheromone derived from the male hormone testosterone. The presence of this compound has been reported to make women feel more relaxed. Research continues, with additional ongoing studies to confirm whether female odors can similarly influence male mood and hormonal activity.

detects pheromones. In humans, a 2011 study showed that when volunteers were exposed to androstadienone, all their brains showed a reaction, even if they lacked VNOs or had their VNOs blocked. Therefore, unlike other animals, VNO need not be the pheromone-sensing organ in humans, who may instead rely on the olfactory system.
Other ways that humans detect pheromones may be via a pair of pheromone nerves known as cranial nerve 0, or the terminal nerve. This nerve runs from the nose directly into the brain in front of the olfactory nerve. Animal research points to important sexual, pheromone roles for the terminal nerve. Currently, the role in humans is not entirely clear, except during fetal development where the terminal nerve works as a pathway for certain sex hormones to migrate into the brain, crucial for later puberty.


The study of the unconscious chemistry between two people often relates to the time a woman is ovulating. One study involved professional lap dancers in a gentlemen’s club. The women earned the most tips just prior to ovulation, the most fertile period, and the least tips during menstruation.
In conclusion, the hypothesis that your love life is influenced by pheromones is yet to be proven.